So as anyone on the internet probably knows, the second teaser trailer for Star Wars: The Force Awakens was released yesterday at Star Wars Celebration in Anaheim. Hey! Let’s watch it again!

Star Wars: The Force Awakens Official Teaser #2
Seriously, we are at extreme levels of hype right now! Not even the Phantom Menace trailer back in 1999 got me this excited. My brother and I have a saying. We like liking Star Wars. Even at its worst, there is something so incredible in its mix of science fiction, fantasy, classic westerns, and a touch of eastern mythology.

From what we’ve seen from the two trailers, it looks like this movie will certainly live up to that same spirit. I’m really thrilled to see that it maintains the much more dirty, lived in look of the original trilogy of films. It’s also great to see the new characters looking fantastic. While it’s a no-brainer to get hyped for the return of Like, Leia, Han, Chewie, and the droids, it’s super exciting to see these unknown actors filling in some big shoes!

Speaking of droids, how wild is it that BB-8, the spherical rolling droid is not CGI, and is in fact an actual robot?! I remember a few months ago Mark Hamill said as much in an interview, and a lot of people absolutely refused to believe him. But seeing him roll out onto the stage at Celebration was an incredible moment of realization.

BB-8 on the stage at Star Wars Celebration 2015

The trailer is filled with incredible moments. The opening shot of a distant crashed star destroyer is incredible. And almost nothing can top seeing Han and Chewie at the end of the trailer. But for me, the way the music swells into the shot of X-Wings flying over the water and the shout of a jubilant Poe Dameron gets me amped every time I watch the trailer. It’s such a perfect shot that captures what makes Star Wars fun, exciting, and magical for me.

So I hope I’ve impressed upon you that I’m very excited for this movie and all the Star Wars stuff to come. So why has this franchise been so important to me? There have been a few key memories that really cement what makes Star Wars so cool for me. Here’s a few. 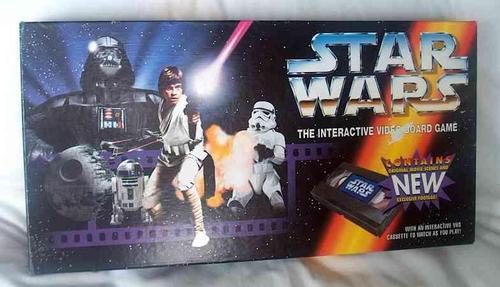 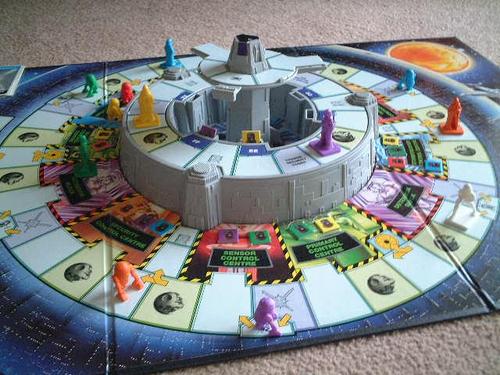 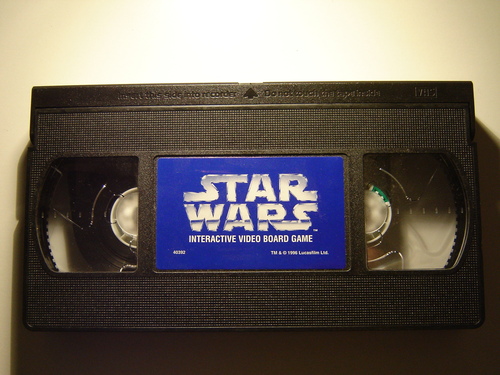 In 1996 a board game was released called Star Wars: The Interactive Video Board Game. The setup was pretty cool for the time. Up to six players were infiltration the still under construction second Death Star as it moves to its new, secret location near the forest moon of Endor. En route, Darth Vader learns of a hidden rebel base on the planet of D’rinba IV. The players represent force sensitive operatives of the Rebel Alliance trying to destroy the station. But Lord Vader senses your presence on the station. The players have to outmaneuver storm troopers in their mission to destroy the Death Star. But neat the end of the game, one of the players will succumb to the Dark Side of the Force!

What made the game unique was the included VHS that was meant to play on your TV while you played the game. It was actually filmed  by the cinematographer of A New Hope, and David Prowse / James Earl Jones reprise their combined role as Darth Vader.

Every few minutes, Vader would appear and address the players, demanding to speak to the one using the force. Using the force meant whoever most recently rolled the dice. In the beginning of the game, he says that whoever responds must reply, “Yes, Lord Vader?” 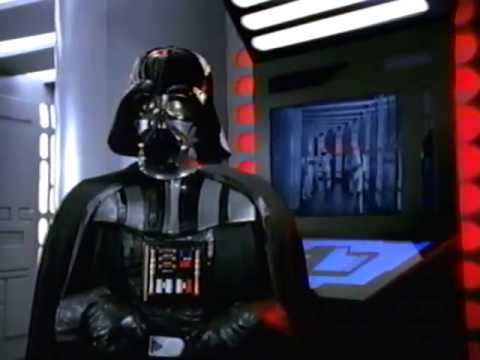 So Mike and I are totally role playing this thing. Chris, meanwhile, isn’t enjoying the game, but doesn’t feel the need to be in character. So about half way through the game, Chris roles the dice and Vader appears. Chris just kind of mumbles, “Yeah?” Mike and I begin to chastise him for not correctly responding when Vader yells, “Refer to me as Lord Vader!” Mind. Blown.

Of course, the greatest way to really experience Star Wars is to ride Star Tours at one of the Disney Parks. With the recently released Star Tours: The Adventure Continues, the attraction features dynamic scenes that create unique combinations for a different experience every time. And someone on board the starspeeder is identified as a rebel spy. The second time we rode the attraction, I was the rebel spy. I felt super important. 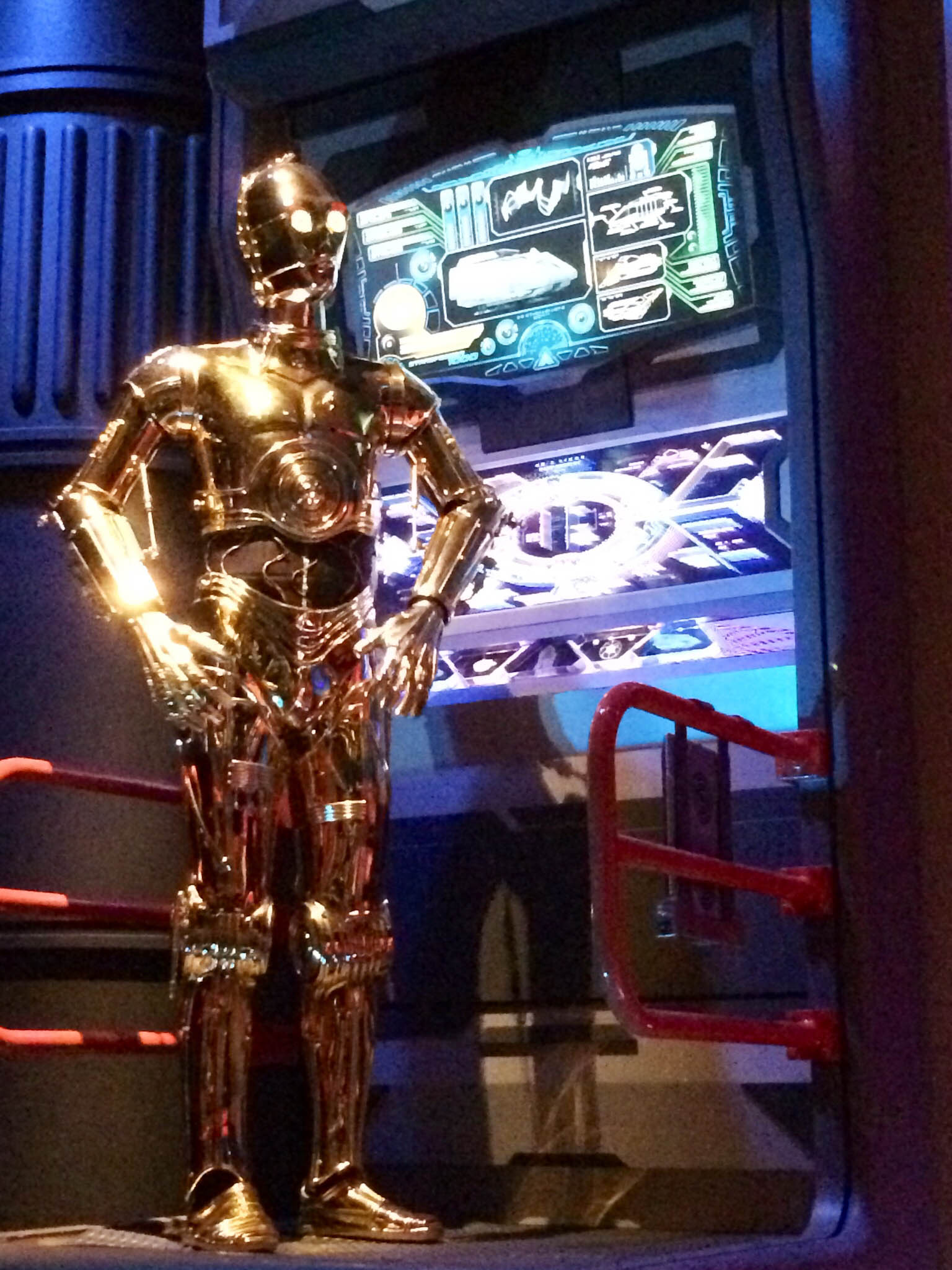 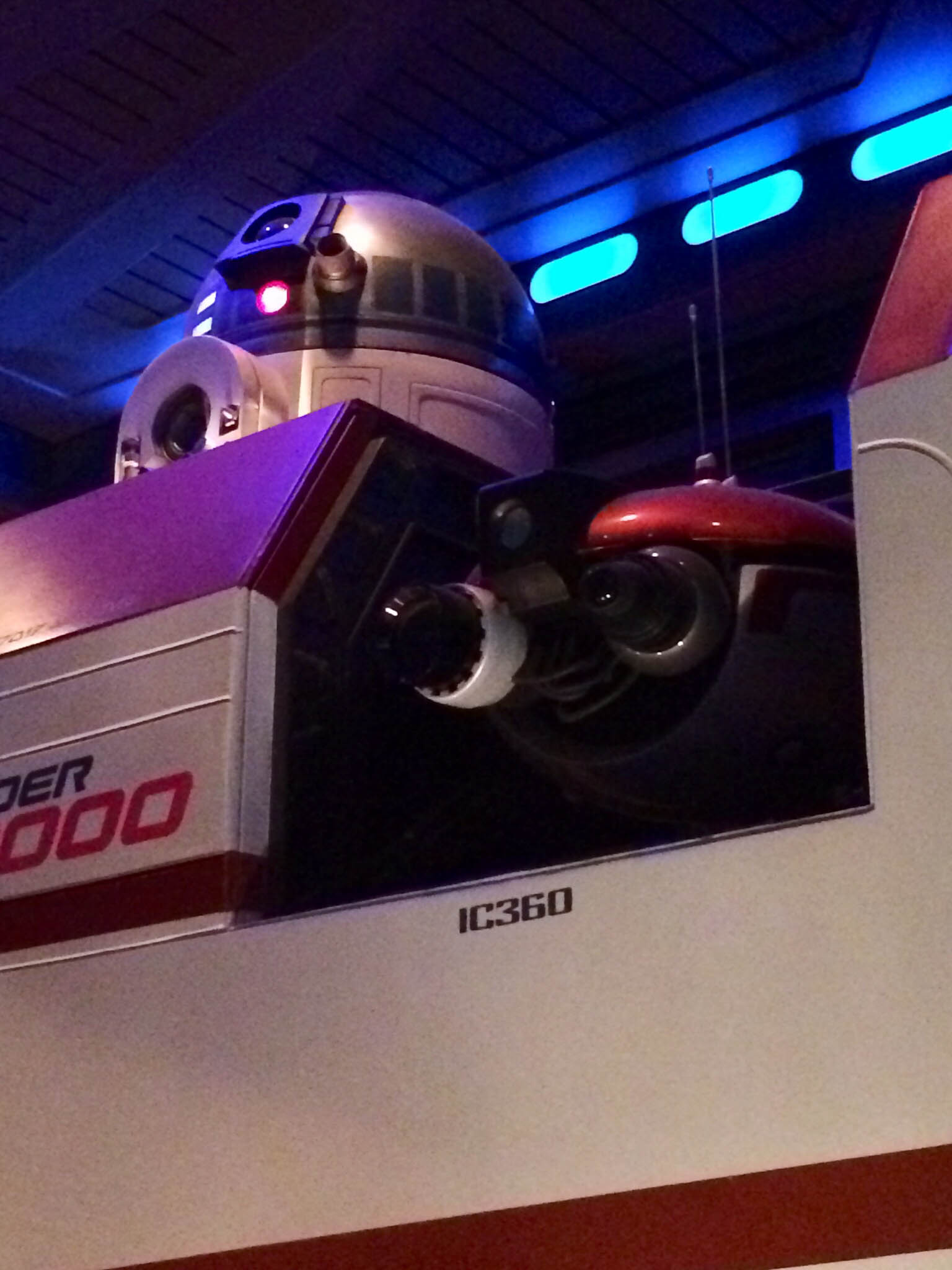 And of course, nothing beats a visit to Disney Hollywood Studios during Star Wars Weekends. We’ve been a few times. Once when it was much smaller, and a couple times when the whole event was massive and filled with celebrities. 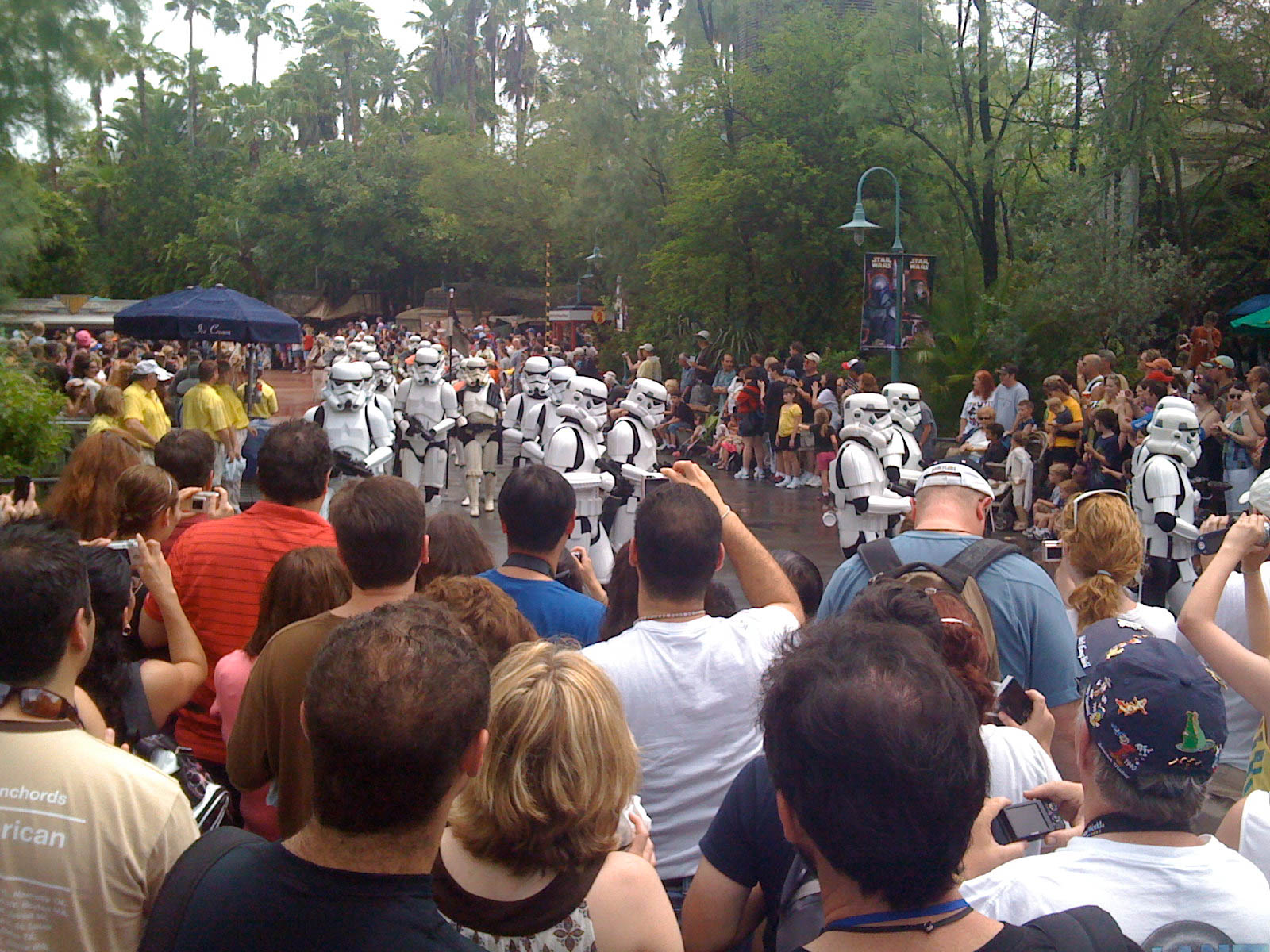 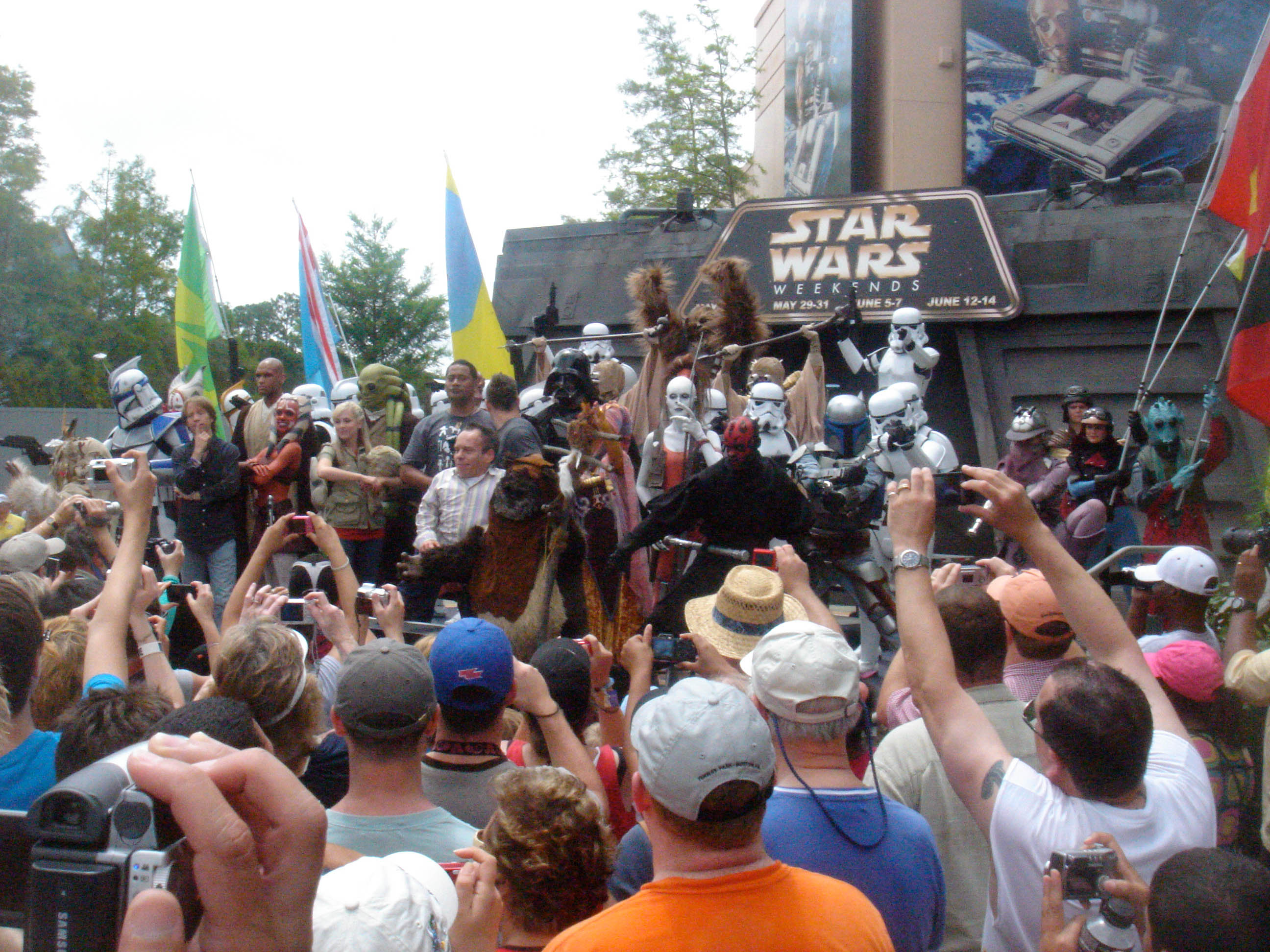 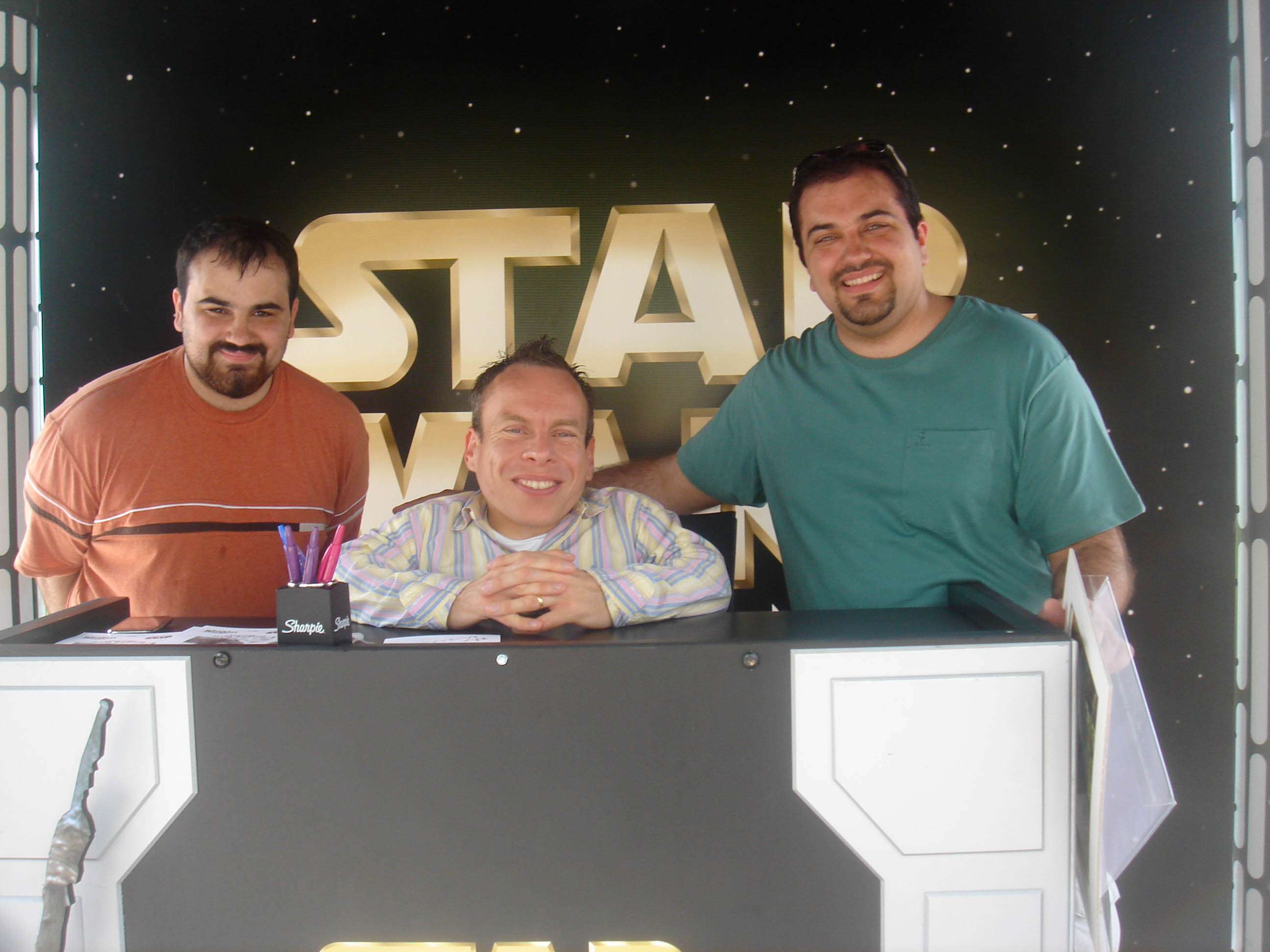 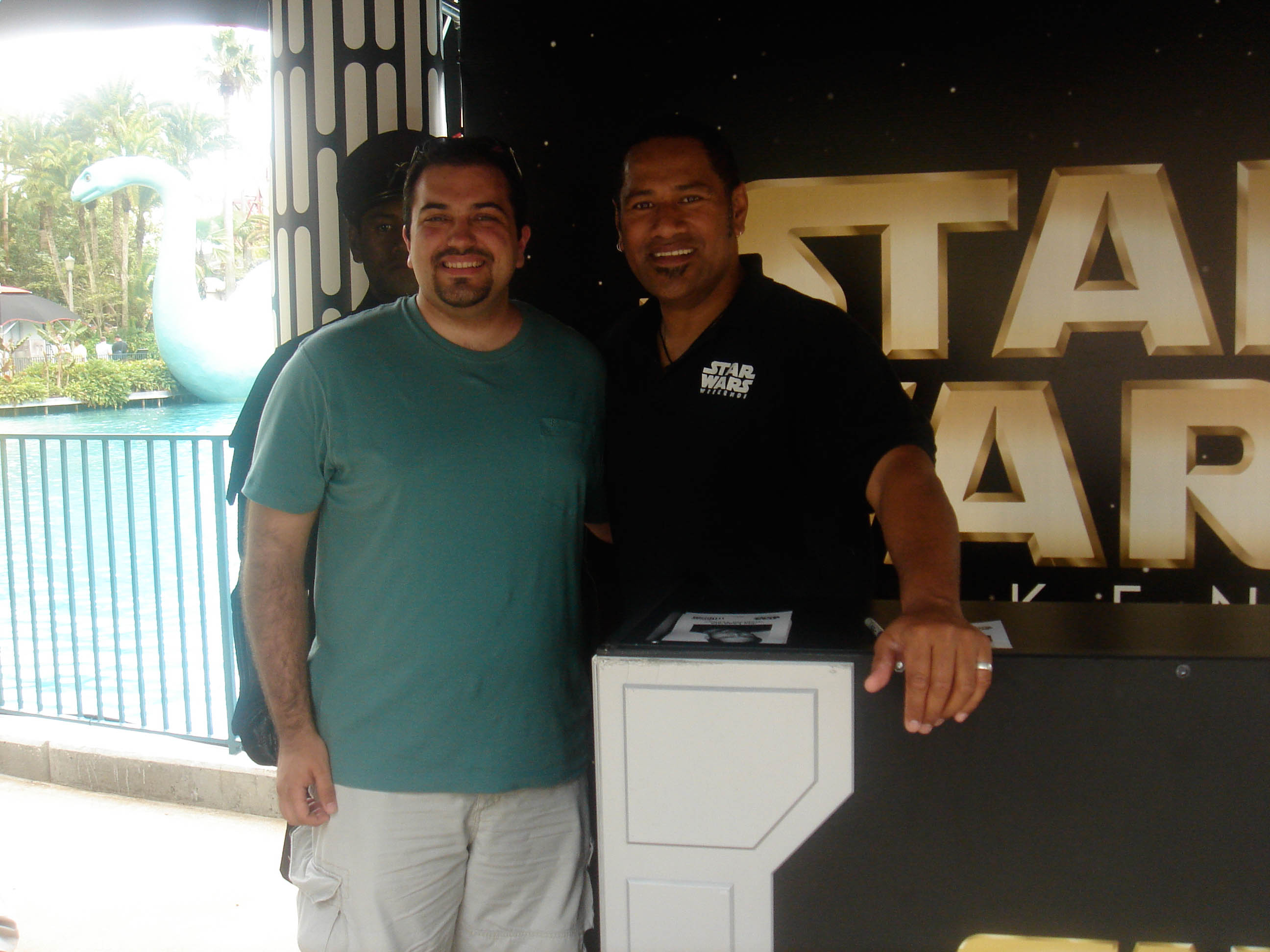 It’s a great time with lots of cool walk around characters, fans in costume, stars from the films, and storm troopers. The storm troopers are the best! 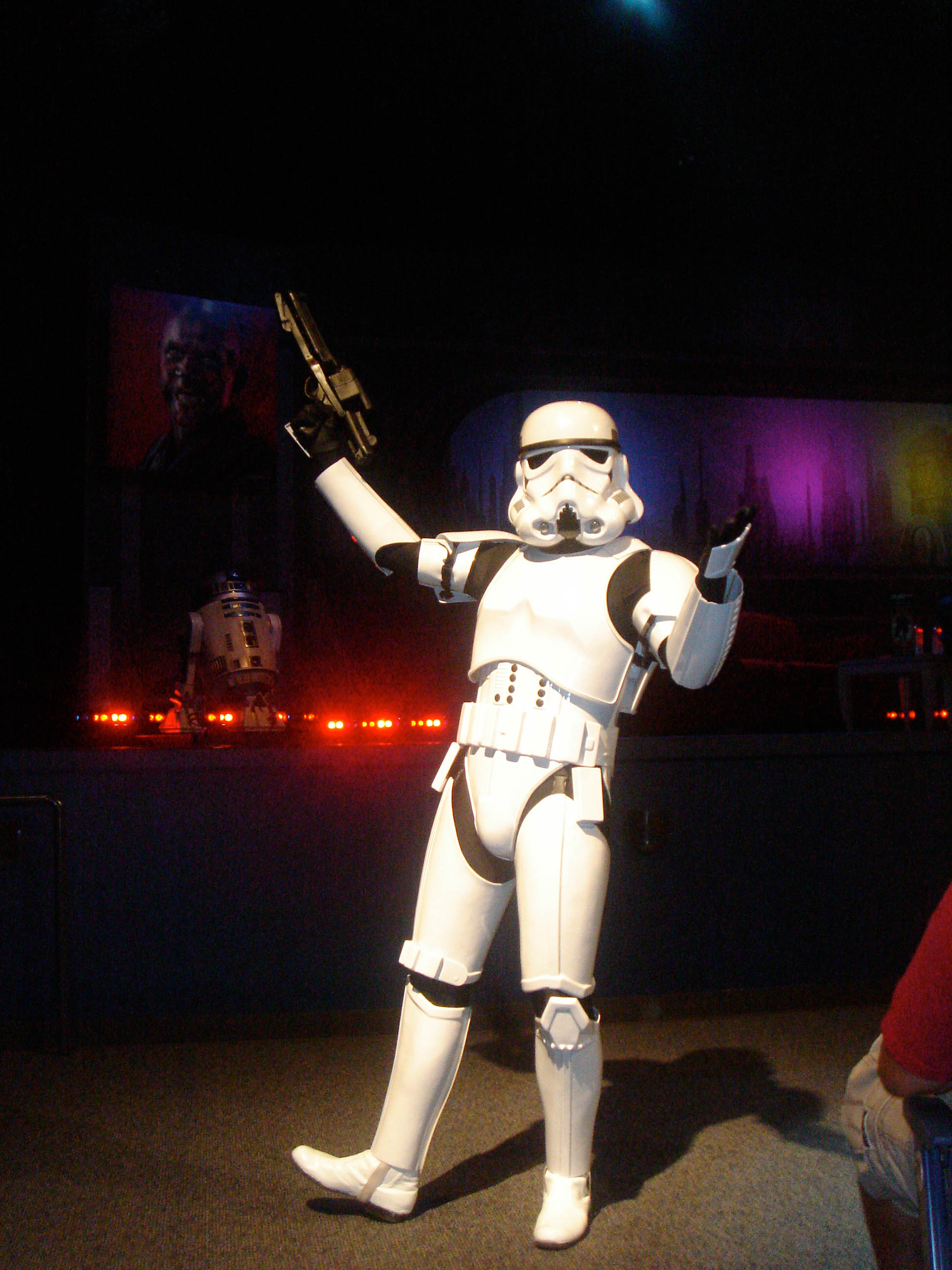 They also have all the merchandise! 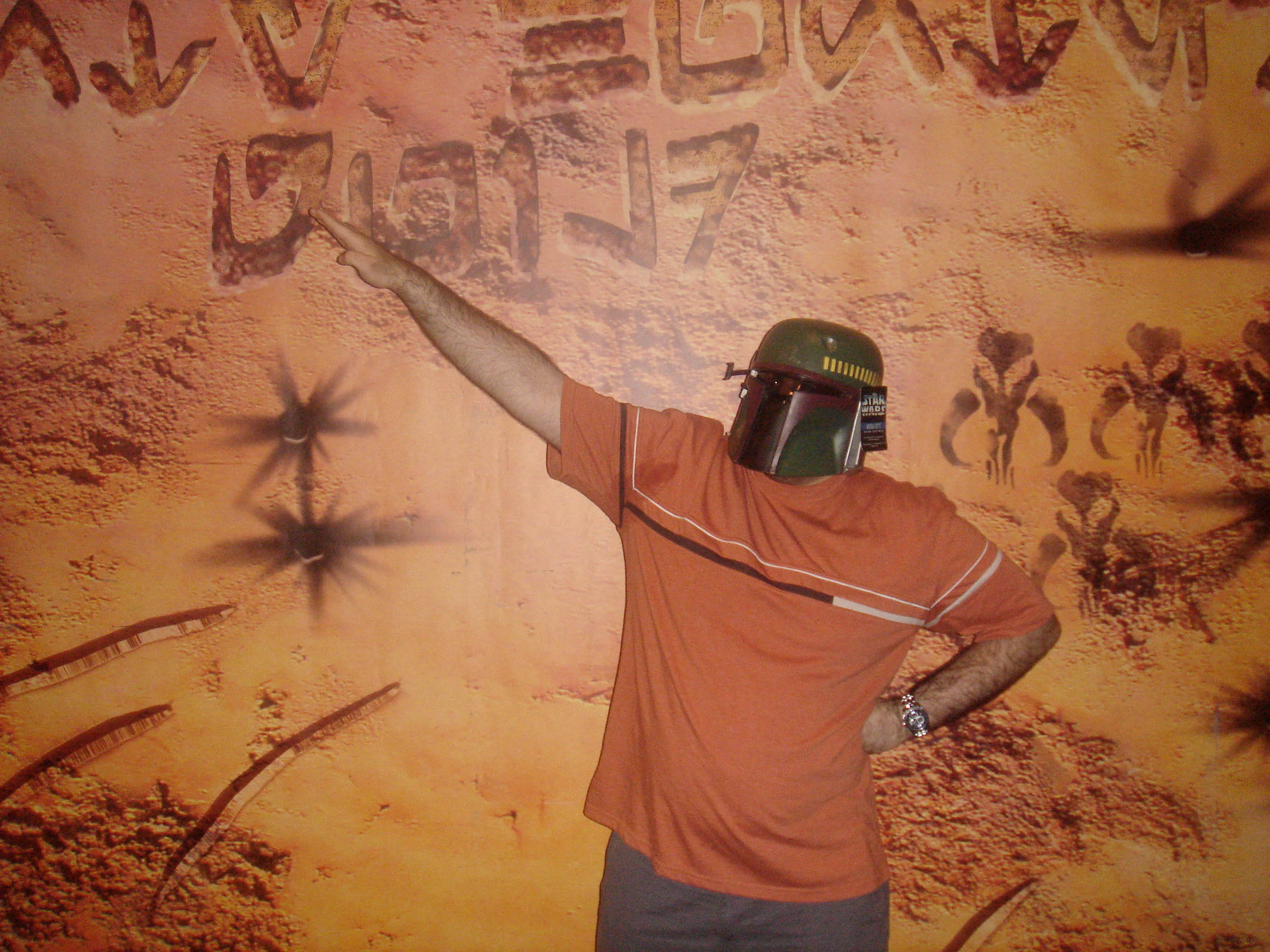 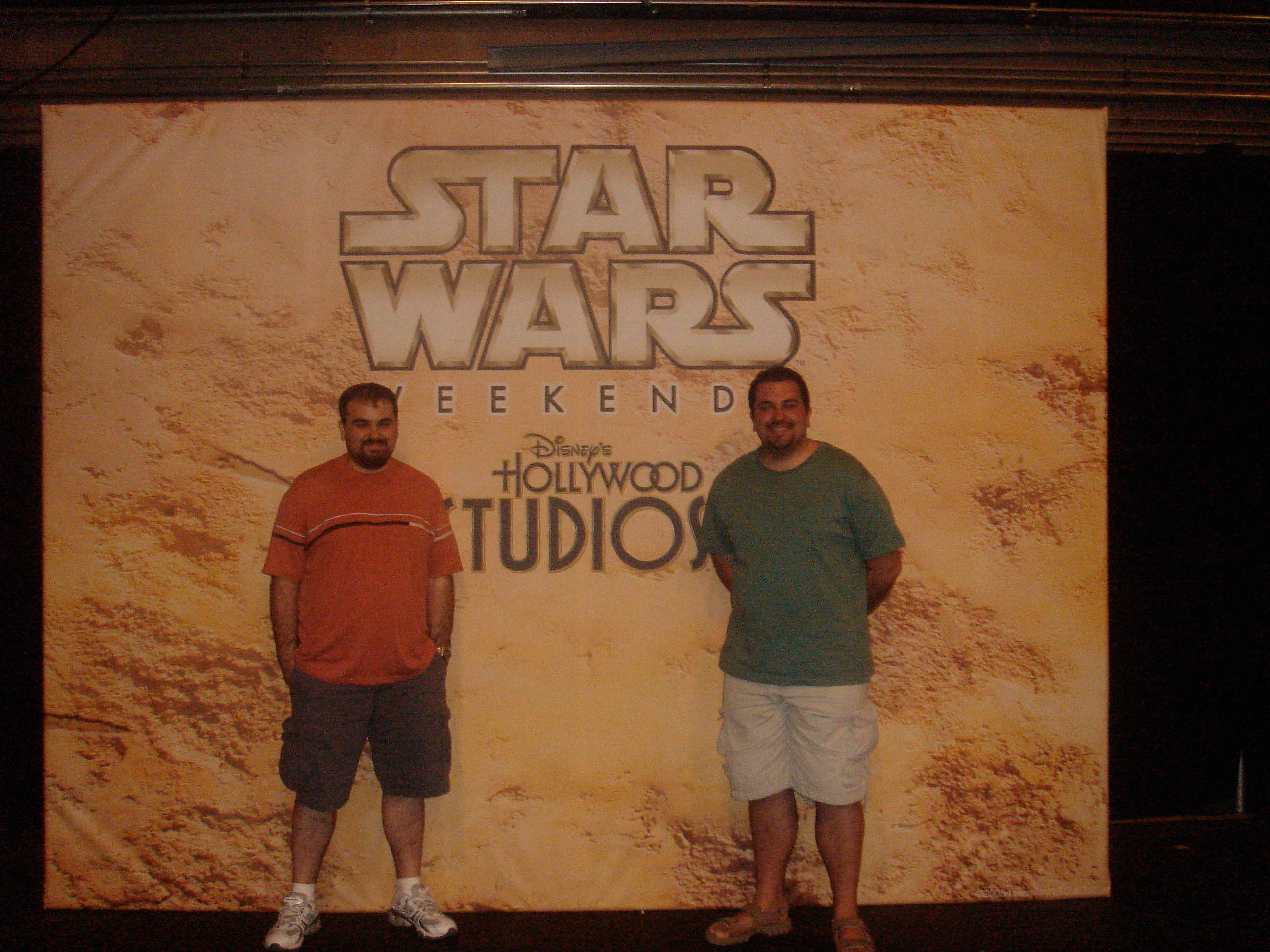 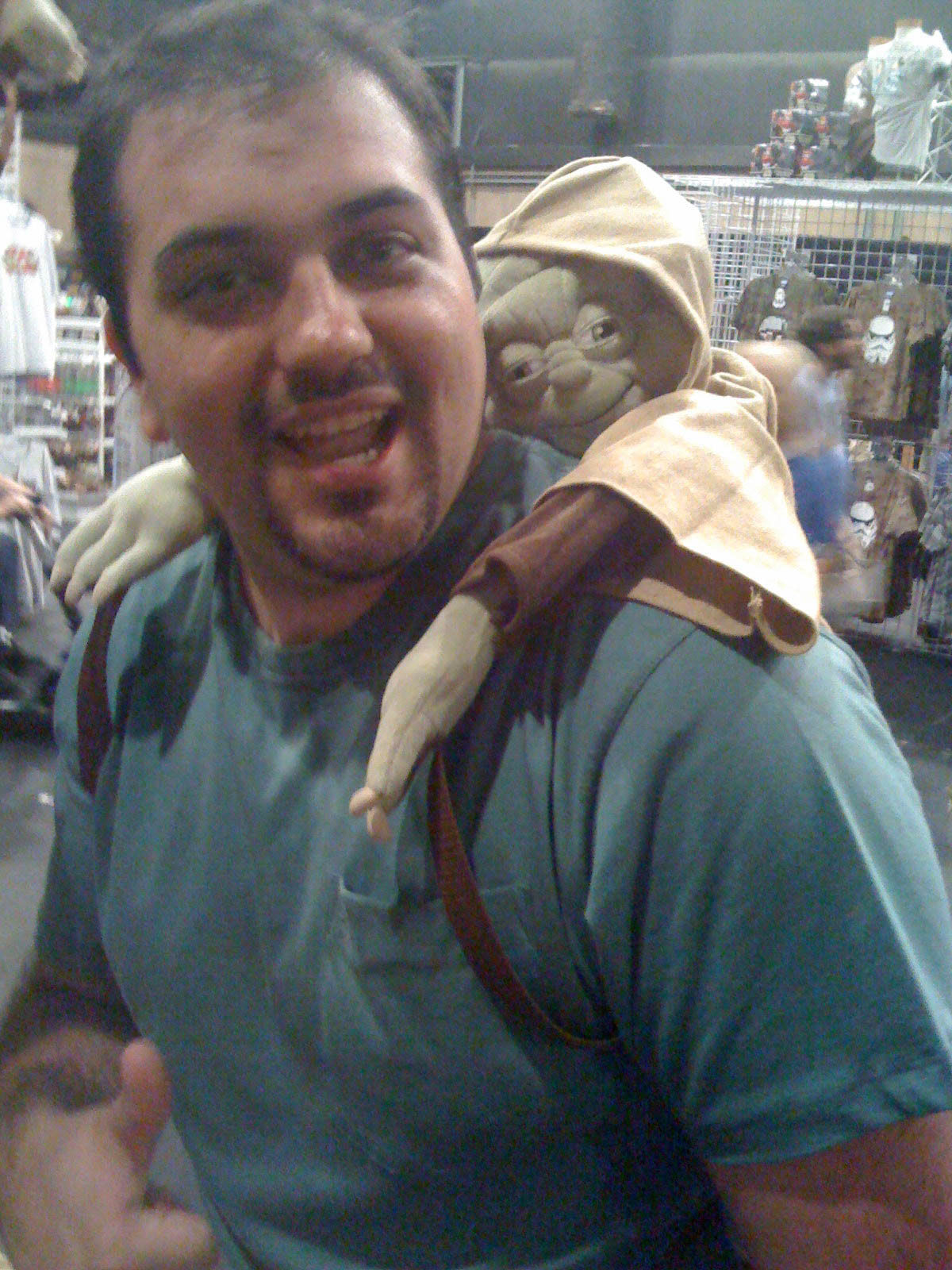 In the past, the whole day wrapped up with the Hyper Space Hoopla. It was a very silly show that basically had the Star Wars characters dancing to modern music. I think they do something else now, but man did we enjoy the Hoopla! 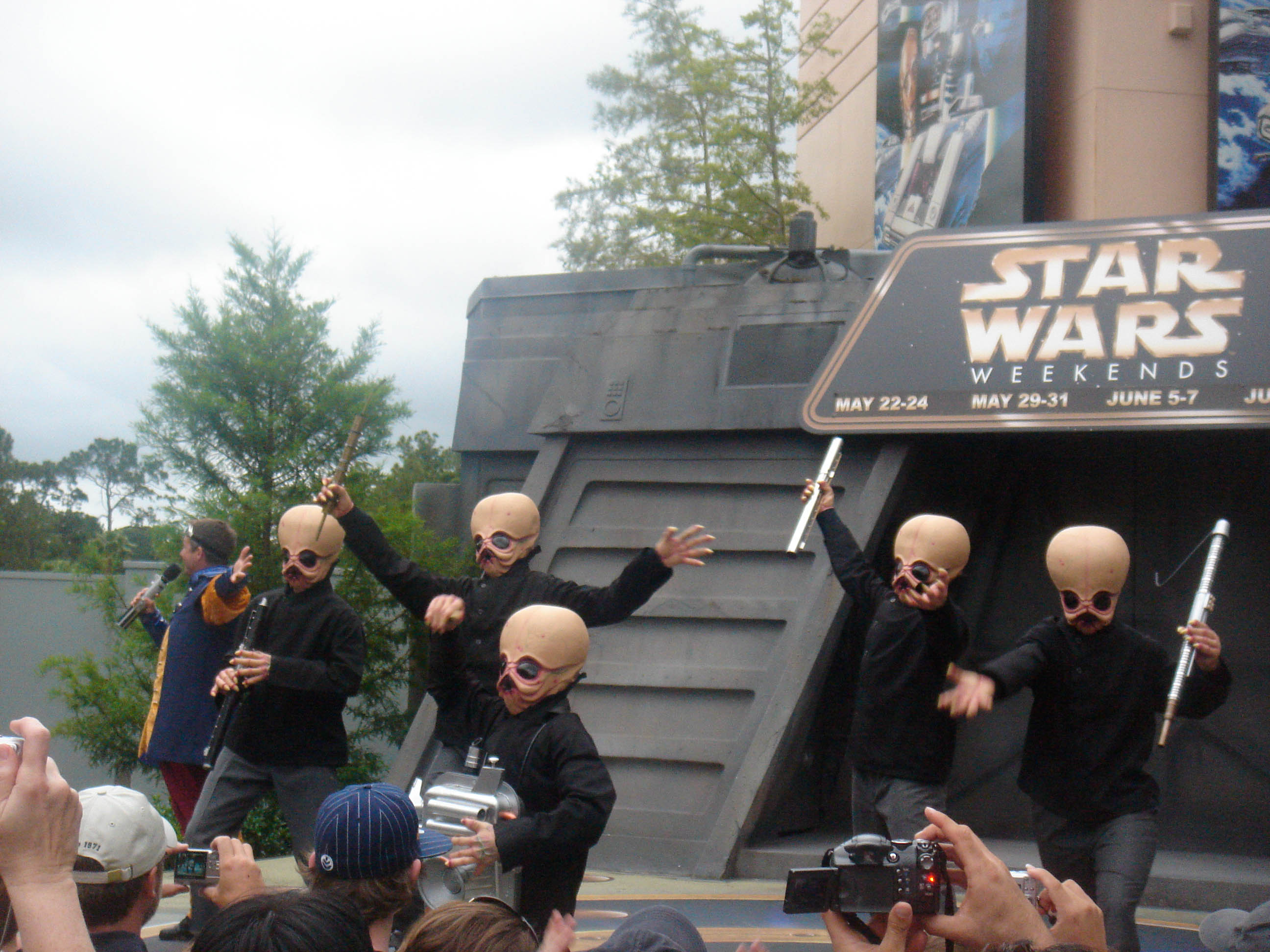 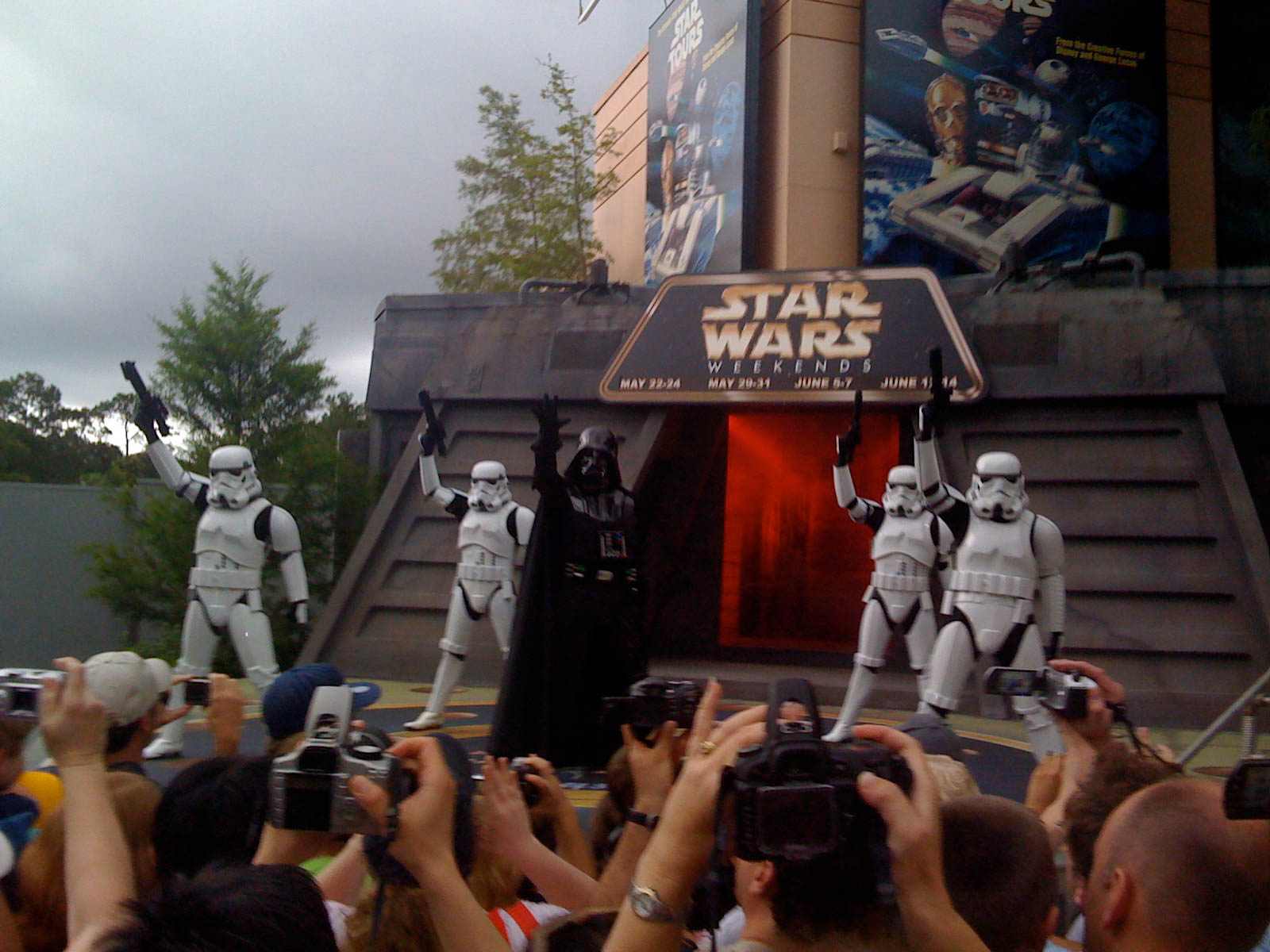 So yeah, I’m pretty excited! I’ve lost count on how many times I’ve watched that trailer. Who else is taking December 18th off?

0 0 votes
Article Rating
Share This Post
So I'm a Dad Now
May the 4th Be With You!